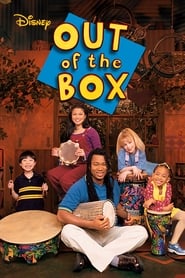 Out of the Box

Out of the Box is a Disney Channel TV series that takes place in a playhouse made entirely of cardboard boxes, where two hosts, Tony James and Vivian McLaughlin Bayubay, make crafts, sing songs, and act out plays. Two special episodes were released on VHS by Walt Disney Home Video, Out of the Box: Trick or Treat, and Out of the Box: Happy Holidays. Trick or Treat is also available on the DVD entitled Rolie Polie Olie: A Spookie Ookie Halloween. The series was created and executive produced by Douglas Love and was based on his series of books from HarperCollins. Three seasons were filmed at Kaufman Astoria Studios in New York City. The series earned three Parents’ Choice Awards for excellence in television and an Emmy nomination. You can watch Out of the Box also on TV box.