Rigby creates a new drink, which he dubs “Rig-Juice”. Mordecai insults him, leading to an argument between them about who is smarter. Mordecai boasts that he has been the smartest since Rigby dropped out of high school. Angered, Rigby tries to get a high school diploma, only to be kicked out of school altogether. He tries to apply for a diploma online, but instead finds an advertisement for a drink that gives the user an intelligence boost. He uses it to denounce Mordecai as the smarter of the duo, but after discovering Rigby’s secret, Mordecai drinks the brain boosting elixer as well. They try to disprove each other as the smartest by writing equations and formulas all over the house, and taking multiple drinks from the brain boost formula. Benson comes in and tries to stop them, only to be presented with the duo speaking Latin. Mordecai and Rigby, however, see Benson and the others as caveman-like creatures that speak only in grunts. Mordecai and Rigby discover that they are now too smart for the world around them, and only Rigby’s “Rig-Juice” can dumb them down to their normal selves. 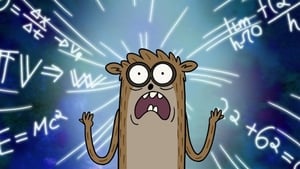 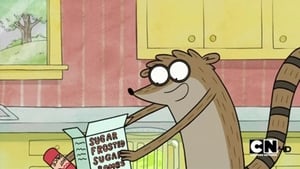